Spider Veins on the Nose May Suggest Heavy Drinking

Spider veins are unattractive and can make a person feel self-conscious. Though more women than men get spider veins, men have issues with them as well. It is common for men to get them around the nose as they age. 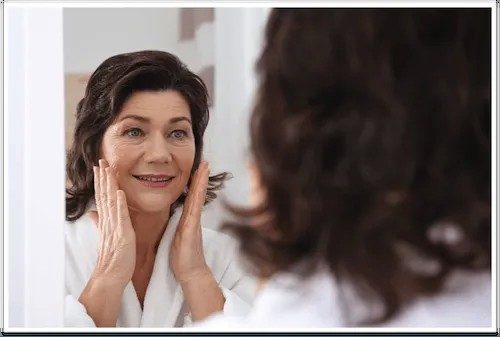 Not only are spider veins on the nose unappealing and aging, but when the nose is riddled with them, they are a scarlet letter of sorts. When they make a person’s nose appear red or purple, people see them as a sign of heavy drinking. Though alcohol can be a factor in the development of spider veins, many men get them for reasons that have nothing to do with drinking.

Other bad habits which can cause or exacerbate the condition are tanning and smoking. Spider veins can also be caused by skin disorders such as rosacea. It is important to note, that alcohol consumption doesn’t cause rosacea but it can aggravate the condition.

In some cases, the person simply inherited a predisposition to them. For instance, if your ancestors hail from the United Kingdom you are more likely to get them.

Women can get them for all the same reasons as men…a genetic inheritance, too much sun, smoking, and over-imbibing. In addition, pregnancy, taking the pill, and menopause can also trigger them. Perhaps people don’t associate a bulbous, drinker’s nose with women because they are more likely to wear makeup to conceal it.

Rather than accept the reputation as a heavy drinker, men and women are seeking treatments to have these veins removed. Spider veins can be removed with sclerotherapy which is when a micro-fine needle is inserted in the vein and a saline solution is injected which will collapse and destroy the vein.

Sclerotherapy is a proven technique which has been around for well over a hundred years. It is often used to eliminate unsightly veins on the legs. Though the chance of scarring from this type of therapy is rare, many dermatologists don’t think it’s the best solution for removing facial veins.

Because the veins on the nose are often tiny and harder to treat with injection, dermatologists often use a laser to eliminate them. Laser therapy has proven successful for treating facial spider veins.

Being mistaken for a “lush” when you are not one, can be annoying and a good reason to see a dermatologist. But even heavy drinkers would prefer not announcing their fondness for alcohol to the world. Drinkers and teetotalers alike can take heart, there are ways to get rid of those unpleasant veins.

The first step is to consult with a professional in the field. If you are in the Honolulu area, set up an appointment at our Hawaii Vein Center. As our name suggests, we are experts in the field of varicose and spider vein removal.