There's a New Product On the Market For Wrinkles & Skin Folds

In the never-ending quest for natural, smooth results for your aging skin (men and women alike), Juvederm looks to be rising head-and-shoulders above the other alternatives. This filler – which is based on the hyaluronic acid commonly found in the joints and eyes of healthy humans – has been shown to perform exceptionally well in plastic surgery applications targeting the lips. Recently, it has been approved by the FDA for even more uses. 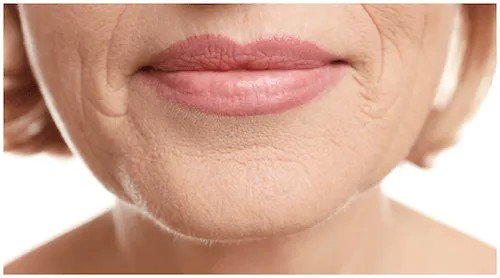 Given that the facial region is the most common one that people target for surgical improvements, it is only fitting that the FDA recently approved the Allergan, Inc product. It is intended for use by adults who have reached at least the age of 21, and helps correct wrinkles and unsightly skin folds. It is a unique filler in that the effects last up to a year; instead of the several months’-long utility of Botox treatments.

In fact, some of the clinical trials show significant improvement in moderate-to-severe skin folds that lasted as long as 18 months – which is well over the already impressive year stated by manufacturer Allergan, Inc. Over 80% of the study applicants followed up and stated that they were satisfied with the product after half a year; 68% stated that they were VERY satisfied after a year and a half.

How Does it Work, Exactly?

Juvederm Vollure XC is actually a combination of several different elements; using the parent company’s patented Vycross technology to make a stable mix of hyaluronic acid compounds with differing molecular masses. The process produces a gel with the following characteristics:

Joely Kaufman, MD, is a dermatologist who offered his take on the study in the press release. “What’s exciting about Juvederm Vollure XC is that it was shown to last up to 18 months from the initial injection in a majority of the trial subjects, which is the longest-lasting result shown in a clinical study in the nasolabial folds.” From this, he touted Allergan’s intention to expand their product range using active compound, such that one day it can target even more common problem areas for those desiring plastic surgery.

Are There Any Issues/Side Effects?

Most of the side effects resolved themselves within a week; these included tenderness and swelling at the injection site, some bruising, redness, itching and pain. A few study applicants saw skin discoloration and bumps; but these, too, corrected themselves shortly afterwards and are quite common in any topical surgery.

Perhaps the best of all, Juvederm is employed in a procedure that shouldn’t take more than the time it takes you to eat lunch; 15-20 minutes at most. Indeed; the downtime is minimal, and the results are completely reversible. Since the hyaluronic mixture that comprises the bulk of the treatment is biodegradable, the gel will eventually break down and be reabsorbed by your body with no ill effects whatsoever. In the meantime, you’ll enjoy the natural, smooth full look that Juvederm provides.