Can Liposuction Give Men a Competitive Edge?

For years now, TV commercials have touted the rejuvenating effect of hair dye on a man’s career and social life. But men’s interest in improving their looks doesn’t stop there. From Botox to hair plugs, men are embracing cosmetic procedures.

Cosmetic surgery has been on the rise for both men and women. In 2012, men made up 10 percent of those people undergoing cosmetic procedures. Liposuction tops the list of these elected procedures. There have been amazing advances in the procedure. 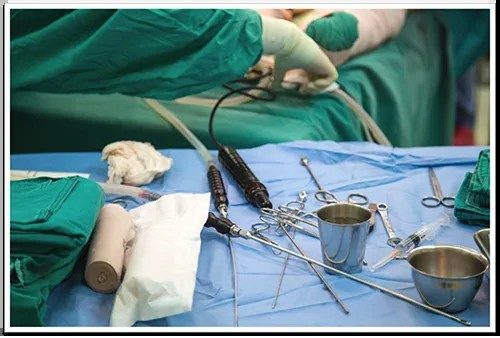 SmartLipo uses the advanced technology of lasers to literally melt the fat away and contour your body.It is a rough and tumble world out there in the job marketplace, and a man needs to bring his “A game” to get hired. No doubt, a contoured physique looks sleeker beneath a dress shirt.

Most people equate a fitter look with youth. Work experience combined with a youthful appearance is a killer combination.Looking youthful and fit can help in getting a promotion as well. A fit body gives off a ready-for-anything, energetic vibe. If you feel like younger colleagues are stepping on your fingers as they climb over you on the ladder to success, you might consider liposuction.

It can help define your jawline by sucking up the fat deposits which have settled in sagging jawls. It can give you a sleeker, more toned-looking torso. Think of it as a boost to your exercise program. If you’ve worked hard to attain six-pack abs but there is a layer of fat still hiding those muscles then SmartLipo can help reveal those well-earned contours.

Let’s face it, the world is a friendlier place for a person who has confidence in their body. Liposuction may not only improve your chances of getting a job or getting noticed at work, but it might just give you the self-assurance needed to compete in the dating world.

For those men who’ve been thrown back into the dating pool--remember there are young, handsome sharks in those waters as well. A little body sculpting can add a new level of confidence. Flabby breasts or moobs as they are jokingly referred to, are not a laughing matter for most men.

If they make you self-conscious during a romantic moment or keep you from participating in your favorite, skin-baring sports then you might want to consider having them reduced. SmartLipo is a sophisticated, precision instrument which can target the problem areas with minimal downtime and minimal scarring.

In some ways, men are even better candidates than women for the liposuction procedure. Men’s skin is thicker and more elastic, which allows the skin to more smoothly contract after the procedure. And men are not as prone to stretch marks, so once you’ve had the fat removed there probably won’t be any visible clues such as stretch marks left behind reminding you that an area had once been flabby.

If you think a more youthful appearance will help your career or dating prospects, then come visit our center in Honolulu for a consultation.